Greenfinches are a colourful addition to any garden and have become a more common garden visitor in recent years, unfortunately in some areas they have become extinct as they have been badly effected by the contagious disease Trichomonosis, despite this they remain widespread.  They are relatively stout in appearance and can be quite boisterous when feeding.

The Greenfinch makes an attempt to have two broods by each pair. They tend to breed early April, and having completed their first clutch by the end of the month. They are of Europes most widely distributed birds, breding from the Mediterranean and to the Arctic, but they are not seen in Iceland.

The Greenfinches diet consists of a variety of seeds and insects and are happy to eat a wheat free bird seed mix or sunflower seeds, although in our experience they tend to prefer sunflower hearts if a choice if offered. 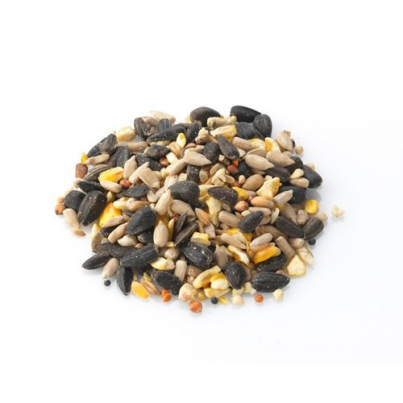